You are here: Home

In 1966, the name of the stamp show was revised to SARAPEX. In 1970 the show moved to the Sarasota Municipal Auditorium, and APS accreditation process was initiated. In 1975 SARAPEX achieved “National” status as a member of the World Series of Philatelic Exhibitions.

In an attempt to eliminate confusion between SARAPEX and other similarly named exhibitions, the name was changed to Sarasota National Stamp Exhibition in 1991.

The Club meeting is held on the first Tuesday of each month at 6:30 PM until 8 PM.

Meetings start with a general get-together to Buy, Sell, Trade, or just talk about stamps & collecting. There is no business meeting; if there is a scheduled program, it starts about 7 PM.

The location is the Unitarian Universalist Church of Sarasota, at 3975 Fruitville Road, just near Beneva Rd., Sarasota, Florida.

The First Postal Issues of the Spanish Antilles
Yamil Kouri 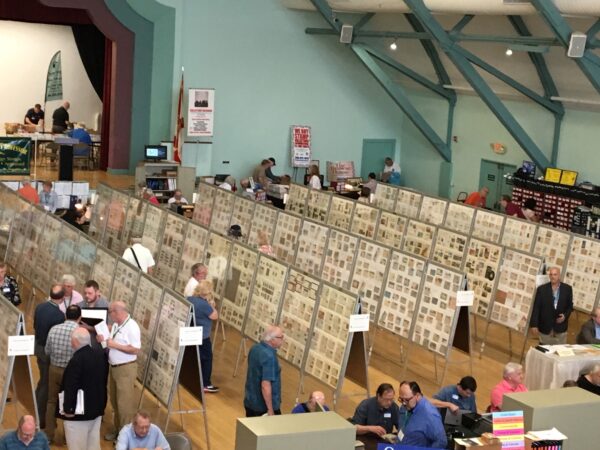